Kane Hodder is an American actor, stuntman, and author. He is best known for his portrayal of Jason Voorhees in four films from the Friday the 13th film series (parts VII through X). Kane Hodder is also known for his role as Victor Crowley (as well as his father Thomas) in Hatchet as Victor is inspired by Jason. He also did Leatherface during the stunts in Texas Chainsaw Massacre 3.

Kane has played the role of Jason Voorhees in four Friday the 13th films; more than any other actor. He also plays other roles in the films, which can be seen below. Additionally, Kane is the stuntman for Jason in the Friday the 13th video game. 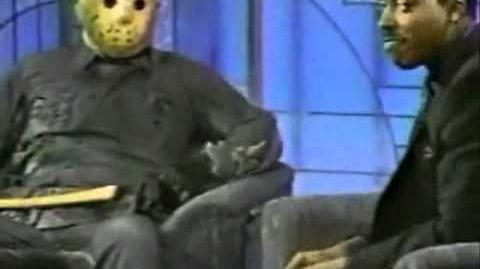